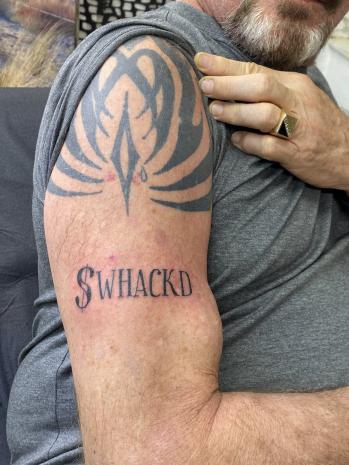 Update (1615ET): McAfee's lawyer has confirmed to ABC News that his client was found dead in a Spanish jail cell on Wednesday.

The 75-year-old entrepreneur was arrested on tax evasion charges for failing to file tax returns for four years. He has been in jail in Spain since Oct. 6, facing charges that he hid significant assets which included real estate and a yacht. His defense lawyers had argued that the extradition request was politically motivated and therefore wasn't appropriate. He disagreed with the current monetary system, which has made him "public enemy No. 1," according to court documents released on Wednesday.

The US calculates that McAfee owed more than $4.2 million in taxes, the documents show.

The ruling came as the latest setback for McAfee but it wasn't the start of his legal troubles. In March, the SEC accused him of hiding cryptocurrency income of more than $23MM. Manhattan US Attorney Audrey Strauss has said McAfee "exploited a widely used social media platform and enthusiasm among investors in the emerging cryptocurrency market to make millions through lies and deception."

Update (1530ET): Just after Spain's National Court approved a request for his extradition back to the US, where he faced the prospect of dying in a jail cell, Spanish newspaper El Pais reported Wednesday evening that John McAfee committed suicide in his cell, dying at the age of 75.

He was being held in a prison in Barcelona. So far, initial evidence of his death, which occurred Wednesday afternoon, local time, points to suicide.

He was initially arrested by Spanish authorities on Oct. 3, 2020 at the El Prat airport, just as he was about to take a plane to Turkey. He was arrested at the behest of the US, where he is wanted for evading millions of dollars in taxes. Spanish judge José de la Mata reportedly ordered his arrest.

In the last tweet sent from an account tied to McAfee, the cybersecurity software pioneer warned that "all power corrupts." In recent weeks, his tweets seem to have become increasingly hopeless.

In a democracy, power is given not taken.

But it is still power.

Love, compassion, caring have no use for it. But it is fuel for greed, hostility, jealousy...

Take care which powers you allow a democracy to wield.

Getting subtle messages from U.S. officials saying, in effect: "We're coming for you McAfee! We're going to kill yourself". I got a tattoo today just in case. If I suicide myself, I didn't. I was whackd. Check my right arm.$WHACKD available only on https://t.co/HdSEYi9krq:) pic.twitter.com/rJ0Vi2Hpjj

He sent another tweet with a similar message about being "Epsteined" a year later.

Getting subtle messages from U.S. officials saying, in effect: "We're coming for you McAfee! We're going to kill yourself". I got a tattoo today just in case. If I suicide myself, I didn't. I was whackd. Check my right arm.$WHACKD available only on https://t.co/HdSEYi9krq:) pic.twitter.com/rJ0Vi2Hpjj