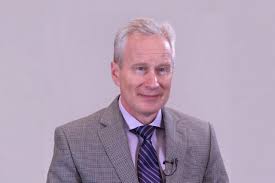 During a June 11 conference with Dr. Reiner Fuellmich, a German trial attorney, McCullough said that he believed bioterrorism had occurred in two waves, with the first being the spread of the CCP Virus and the second being the spread of harmful vaccines, which he claimed may have already killed up to 50,000 people in the U.S., reports HumansAreFree.

According to McCullough, both the coronavirus and the vaccines sent "the spike protein, [which is] the gain of function target of this bioterrorism research" to the human body.

Later, McCullough expressed concern that the experimental immunizations could cause cancer and sterilize young females. The vaccines may have been intended to diminish the global population; he went on to say.

As the medical establishment had done such a good job of spreading misinformation about the topic, he admitted that he couldn't express all of that on national media.