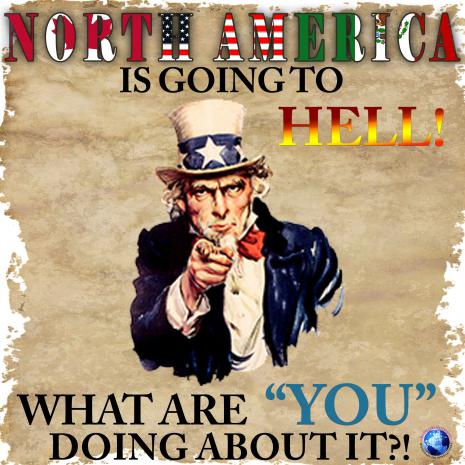 It appears, in the very near future, Americans are going to wake up to an America:

-Where money is nearly worthless due to intentionally-induced inflation;

-Where there are contrived shortages of gasoline, food, water and electricity;

-Where those who don't comply with mandatory vaccination will have to be crated to re-education camps to save the rest of us;

-Where guns will be taken away to save the people from themselves.

-Where the masses must be placed on a guaranteed basic income and be thankful their government saved them from the consequences of a capitalist/racist society.

-Where a man-made mutated virus is racing through the population that cannot be controlled by vaccines.

And it will never even cross the minds of naïve Americans this was all staged.

It appears most Americans go along with what they are told, to just accept whatever unfolds in America as disconnected individual events that emanate from a failed capitalist/racist system, and that acts of God that befall mankind are due to global warming, not an unfolding of a pre-planned script.

Why should Americans be so thankful that for the Federal government's direct provision of paychecks to people who lost jobs during the Pandemic, never guessing these overly-generous paychecks were being distributed to induce workers to stay at home to intentionally implode small businesses.  Restaurant workers even had the gall to call their employers to say they wouldn't return to work unless they were paid what the government paid them.  It never dawned on these workers there would be no jobs to return to once the government handouts stopped.

Not a sole pandemic-unemployed American would even guess this was all part of a scheme hatched by the World Economic Forum to eliminate business ownership, in fact, ownership of anything – homes, cars, even vacuum cleaners, all which will be rented in a globalist future.

Vaccination is an exercise in futility, but don't scare Americans with that

Yet the American public is illogically told we can't experiment with unproven treatments like hydroxychloroquine and Ivermectin, we can only immunize with experimental vaccines.  We now realize that approach resulted in the needless loss of life of thousands of Americans.

Now the masses must face perpetual lockdowns and re-vaccination, to save their lives of course, never guessing the vaccine may be more dangerous than the virus.  Even the inventor of the RNA vaccines now questions whether Americans should be immunized with this unproven technology.   It is clear that early treatment rather than vaccination would have snuffed out the pandemic.