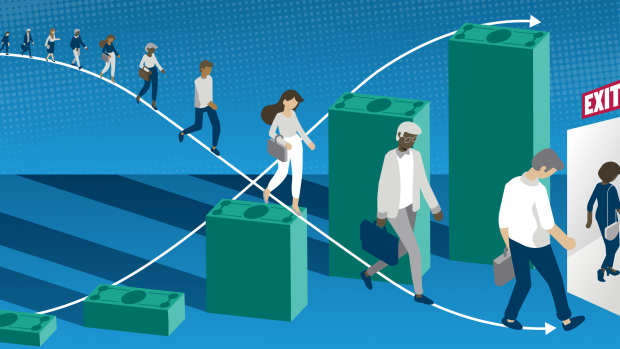 The lawsuit, filed last Monday, seeks to preserve what was supposed to be temporary pandemic safety net of $300 per week on top of other state or federal benefits, after indiana Gov. Eric Holcomb announced last month that the state would pull out of the federal program before it's official September end date in order to motivate unemployed people to help fill the state's more than 116,000 open jobs.

Holcomb is joined by around two dozen mostly red states.

"It's not black and white," said Sharon Singer-Mann in a statement to IndyStar. "Everybody's story is not the same. I'm not going back to work, not at the risk of my son's life."

"We'll have to decide which utility bill to pay, which household items to let go of," she added (despite the 116,000 open jobs), "... We'll have to change what kind of shampoo we use, what kind of toilet paper we use."

Without the federal pandemic unemployment benefits, many Indiana residents, like Singer-Mann, say they would have had to choose between finding a job and taking care of their children, face evictions, forgo medical care and grapple with devastating financial setbacks that could derail their lives.

Those stories from residents are outlined in a lawsuit filed against Indiana state officials Monday in Marion County Superior Court challenging the state's decision to end federal benefits by the end of this week. -IndyStar

"Our community is dealing with enough stress and trauma," said Rev. David Greene, president of the Concerned Clergy of Indianapolis and a plaintiff in the lawsuit against the state along with residents represented by the Indiana Legal Services nonprofit law firm which represents low-income residents.