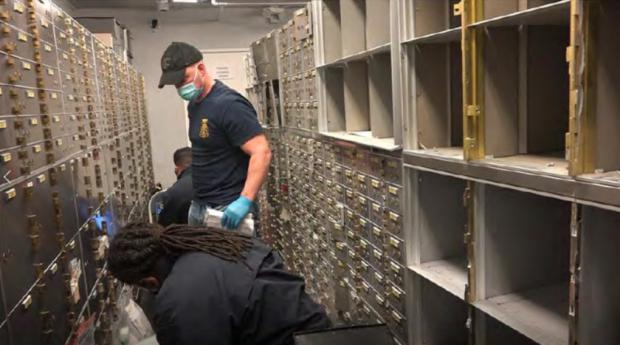 However, the owners of the boxes are not accused of committing any crimes. The search warrant only authorized the FBI to inspect the safe deposit boxes to "identify their owners in order to notify them" about claiming their property. Owners' boxes have been seized under civil forfeiture proceedings and the civil forfeiture notices said the feds can deny return of the items if it judges the responses are not filled out "correctly."

Hundreds of people storing valuables in safe deposit boxes in Los Angeles may never see their cash, precious metals and heirlooms again, unless a federal judge intervenes in the next week.

Several are suing the government for seizing the contents of about 800 boxes as part of a March raid of the storage provider, U.S. Private Vaults (USPV), which was indicted for conspiracy to sell drugs and launder money.

The Institute for Justice (IJ) is seeking class-action status for a May lawsuit by several owners alleging "shocking, unconscionable, and unconstitutional" behavior by the government. IJ attorney Robert Frommer accused the feds of an "$85 million cash grab" from people who were not accused of wrongdoing.