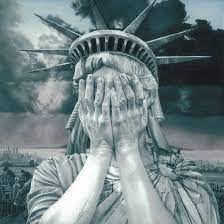 American workers are trying to make their way in an economy that's rigged against them.  We made this claim many years ago.  Today, for fun and for free, we revisit this assertion…starting with the latest from those doing the rigging.

This week, after a two day meeting, the Federal Open Market Committee (FOMC) released their statement.  Nothing material changed.  The Fed will continue to hold the federal funds rate near zero.  The Fed will also continue to create at least $120 billion per month from thin air to buy Treasuries and mortgage-backed securities.

'Talking about talking about' tapering and telegraphing federal funds rate increases some two years from now will do little to contain consumer price inflation.  The fact is, it has already veered out of control.  We expect gas prices to top $5 per gallon in California this summer.  Many Americans are not prepared for sustained, unrelenting price inflation.