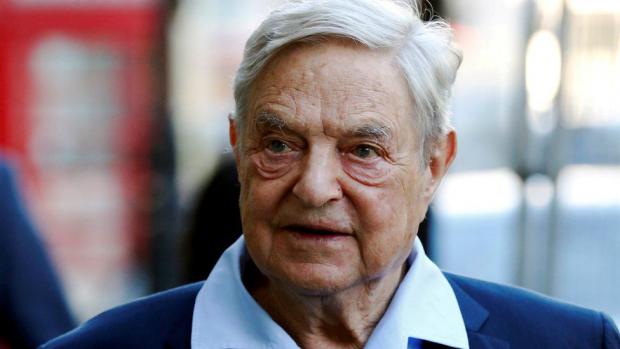 Some grumbled about an "Anglo-Saxon plot."

Britain had rejected monetary union with Europe, saying she would stick with the British pound.

"There is a kind of plot," said Belgian Foreign Minister Willy Claes.  "In the Anglo-Saxon world, there exist organizations and personalities who prefer a divided Europe."

Speaking before the European Parliament, Jacques Delors, President of the European Commission, railed against "les Anglo-Saxons."

Not since Napoleon's cuirassiers charged the British lines at Waterloo had the French-speaking world exploded in such fury against perfidious Albion.  Tensions were escalating dangerously.

Not to worry, though.

Help was on the way.

Into the breach stepped Roger Cohen, born and raised in England, educated at Oxford, but now writing for The New York Times.

There were many, D'Hoop replied.  But one was George Soros.