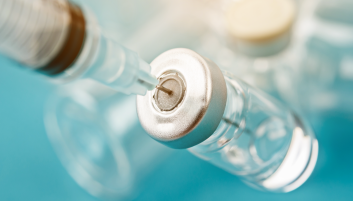 Most people wouldn't assume much of Missouri horse rancher Christopher Langan, 69, who used to work as a construction worker and a bouncer at a bar for nearly 20 years.

However, a 1999 Esquire article put Langan on the map, describing him at the time as the "Smartest Man in America," with an IQ right around 200.

Since then, Langan's been profiled by ABC news show, "20/20," and his brilliance has been widely catalogued given his unusual past.

Currently he's taken on a project dubbed the "Cognitive-Theoretic Model of the Universe (CTMU)" which attempts to pinpoint the "connection between mind and reality" and help explain the existence of God through mathematics.

It was in a Facebook group dedicated to the CTMU where Langan last week destroyed the global push for Covid-19 vaccination as only a genius could.

According to Langan, the vaccine plan of the global elite is likely not to cull (immediately), but to gradually sterilize the population in order to maintain superiority as a ruling class over the dumbed-down masses.

"A mass human die-off would be traumatic and threaten the status quo," Langan explained. "If the human population crashes and the economy follows suit, the elite will have nothing, no innate superiority or adaptivity, that might protect them and conduce to their survival. Hence, they prefer mass sterilization and a slower (but still rapid) population decline."