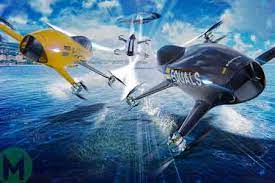 There appears to be new extreme motorsport on the horizon, and it involves the world's first flying electric cars series.

Airspeeder EXA is the flying car's name and will be remotely piloted in three global races this year. Races will be brought to the public from professional minds at Brabham, McLaren, Jaguar, F1, Boeing, and Rolls-Royce.

The racing vehicles aren't designed to carry a pilot inside, which means pilots from aviation, motorsport, and eSports backgrounds will be able to operate the world's only racing electric vertical take-off and landing aircraft.