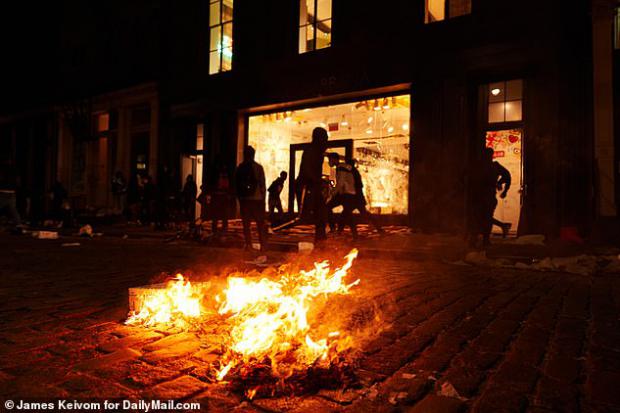 After 603 were arrested in Manhattan and the Bronx during the most intense days of looting last June, 295 of the cases have been dropped completely, according to NYPD data reported by WNBC-TV on Friday.

'Those numbers, to be honest with you, is disgusting,' she told the NBC affiliate. 'They could do it again because they know they won't get the right punishment.'

In Manhattan, the NYPD data shows there were 485 arrests connected to last summer's riots, which saw mobs smashing stores and holding a 'looting dance party' in SoHo.

Of those cases, 222 were later dropped and 73 saw convictions for lesser counts like trespassing, which carries no jail time. Another 40 cases involved juveniles and were sent to family court, and 128 cases remain open.