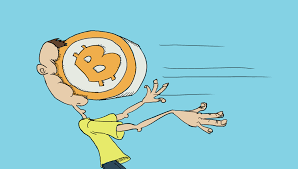 Until now, bitcoin adoption has proceeded in a market-driven manner. Bukele's announcement marks the first time that government force is being used to speed up bitcoin acceptance.

Bitcoin has always had a strong culture united around the values of freedom and choice. The community is still digesting El Salvador's bitcoin-by-force law. But if it embraces it, this could represent a major shift in bitcoin's ethos.

It is rare these days for governments to force retailers to accept a particular item as payment. In most parts of the world, acceptance of banknotes, coins, or cards is almost always a matter of choice. That is, merchants and their customers have the freedom to negotiate what payment method to settle a purchase. Don't want to accept $100s? Fine. The government stays out of the way. Don't want to accept Visa or MasterCard? No problem. You won't go to jail.

What about legal tender laws? Legal tender laws don't typically apply to spot market transactions—that is, purchases at a retailer. Rather, they define a list of instruments that a debtor can use by default to settle their IOU. Legal tender laws are usually innocuous and have almost no relevance to modern economic life.

By contrast, forced money rules like the one adopted by El Salvador can have a huge effect on commerce.