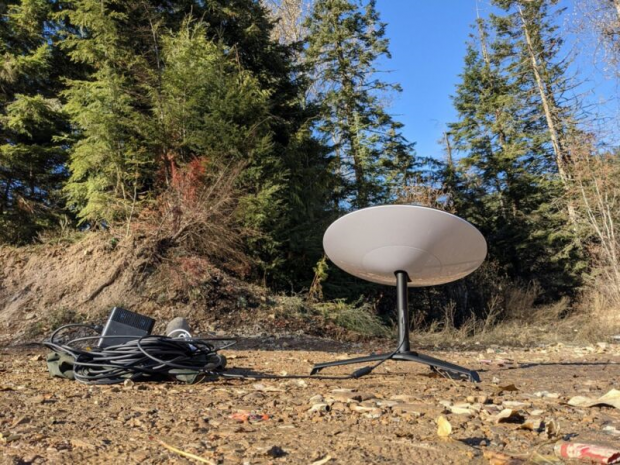 A Starlink beta user in Arizona said he lost Internet service for over seven hours yesterday when the satellite dish overheated, demonstrating one of the drawbacks of SpaceX's broadband service. When the user's Internet service was disrupted, the Starlink app provided an error message saying, "Offline: Thermal shutdown." The dish "overheated" and "Starlink will reconnect after cooling down," the error message said.

The user, named Martin, posted a screenshot of the error message on Reddit. He contacted Starlink support, which told him, "Dishy will go into thermal shutdown at 122F and will restart when it reaches 104F." Martin decided to give the dish a little water so it could cool down. He pointed a sprinkler at Dishy, and once it cooled enough to turn back on, "I immediately heard YouTube resume playback," he wrote yesterday.

But the Internet restoration was short-lived, Martin told Ars in a chat today.

"The fix was temporary," he told us. "When I stopped the sprinkler, [the dish] heated back up and would cycle back on for a few minutes and go back down for thermal shutdown. The overheating started that day about 11:30 am and came back for good about 7 pm... I'm currently headed to a hardware store to get materials to build a solar shade/sail around the dish to see if it doesn't impact connection and speed."