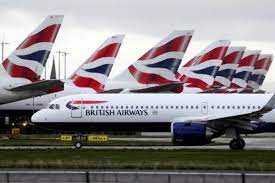 The spokesperson, however, confirmed the authenticity of the four condolence books, as four company pilots had recently passed away. "Our thoughts are with their family and friends," they said, adding that none of the deaths was linked to vaccines.

British Airways, like nearly all airlines, is aggressively pushing vaccines for both its employees (including pilots) and passengers. Earlier this year, for example, British Airways launched its own vaccine passport.

According to Reuters, there is no truth to the claim that British Airways is in "crisis talks" with the British government. However, if such crisis talks were taking place, they would no doubt be classified as a national security issue, so Reuters wouldn't be told about this anyway. That doesn't mean they are taking place, but if we've learned anything over the last 18 months, it's that when the controlled corporate media "debunks" things related to covid, that usually means the claims are true.