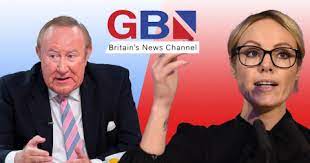 A new TV channel called "GB News" only opened on Sunday, to smashingly good ratings.  GB News outdid the BBC and Sky on its first day as 164,000 people tuned in to see if they got real news for a change instead of repetitive inane cliches approved by some middle level bureaucratic arts graduate who was pushing their own political agenda to pump up their grifting salary and impress their friends. The BBC got 133,000 viewers and Sky 57,000.

AVID fans of GB News have hailed Britain's newest TV channel and vowed to continue their boycott of the Beeb as they seek information from alternative sources.

Naturally, the collectivist bullies have gone after the advertisers, and while many spineless corporate CEOs have folded to cancel culture, at least one team is fighting back.  Companies with weak CEOs include Kopparberg, Grolsch, Nivea, Open University, and Ikea.

Bravo to The Co-op which stood their ground

The Co-op announced that it would not remove its advertising.

"Hi, we have developed a detailed and thoughtful advertising approach, which is driven by 3 principles:

"We will not seek to affect the editorial independence of publications or channels.

"We will not undermine the commercial value of our society for our members.

"We will ensure our values and principles are clear and undiminished regardless of surrounding content."