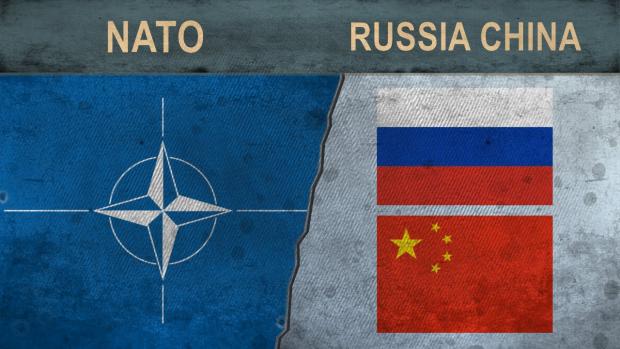 For those spared the ordeal of sifting through the NATO summit communique, here's the concise low down: Russia is an "acute threat" and China is a "systemic challenge".

NATO, of course, are just a bunch of innocent kids building castles in a sandbox.

Those were the days when Lord Hastings Lionel Ismay, NATO's first secretary-general, coined the trans-Atlantic purpose: to "keep the Soviet Union out, the Americans in, and the Germans down."

The Raging Twenties remix reads like "keep the Americans in, the EU down and Russia-China contained".

So the North Atlantic (italics mine) organization has now relocated all across Eurasia, fighting what it describes as "threats from the East". Well, that's a step beyond Afghanistan – the intersection of Central and South Asia – where NATO was unceremoniously humiliated by a bunch of Pashtuns with Kalashnikovs.