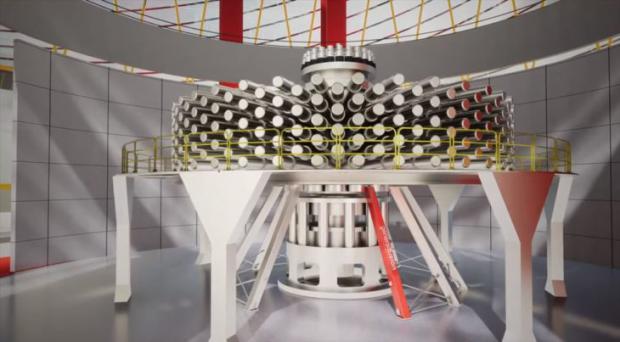 The news comes a couple of weeks after the UK government said it would start work to create a regulatory framework for supporting research and development of nuclear fusion technology to enable the delivery of clean and safe energy.

Nuclear fusion has been garnering growing attention amid government efforts to pursue an energy transition away from fossil fuels and towards renewable sources of energy.

To date, the biggest project aiming to recreate the process by which the Sun generates energy is ITER in France, which is planned to begin operation in 2035, after a series of delays.

Another, very different, fusion project is taking place in California.

The researchers behind the General Atomics DIII-D National Fusion Facility recently published a paper suggesting a "compact nuclear fusion plant" concept can achieve 200 megawatts (MW) of net electricity after the energy cost of the fusion process through the use of relatively tiny, self-sustaining tokamaks powered by pressurized plasma, rather than the mega-tokamak of the ITER project.

In the UK, the Atomic Energy Authority is building the Spherical Tokamak for Energy Production (STEP), a prototype fusion power plant it plans to be operational by 2040.