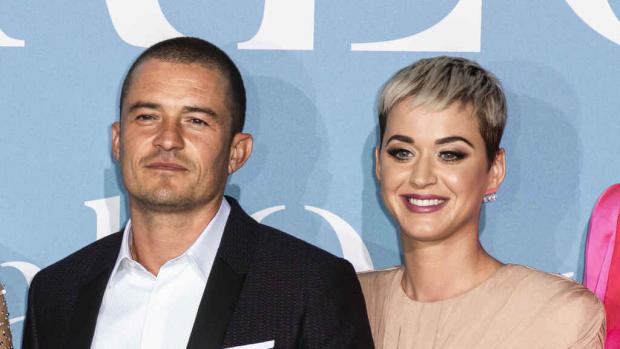 Katy Perry and her British movie star boyfriend Orlando Bloom have been criticized for 'fake virtue signalling' and 'propaganda' for a 'dystopian' video set in the future where democracy was dead.

The pair, dressed in rags and in makeup portraying them as dirty, are seen calling voters from 2021 from an apocalyptic scene in 2055, and suggested the dire scene began when the 'voting rights bill died in the Senate'.

In the video for the advocacy group representUS, they are referring to the HR1 For The People Act, which Democrats have said will expand voting rights by mandating at least 15 days of early voting in federal elections and banning partisan gerrymandering.

But Republicans have vowed to block it so the federal government doesn't get involved in elections at the state level.

Members of the GOP and critics on Twitter called the celebrity couple 'out-of-touch' and suggested Bloom shouldn't be wading into the workings of US politics as a Brit.

'Yet again, more celebrities promoting legislation they most likely haven't even read. Everyday Americans are tired of the fake virtue signaling from out-of-touch personalities who are high on star-power and kowtow to deranged Hollywood wokism,' Republican Rep Andy Biggs told DailyMail.com.

'They should spend more energy building a backbone than acting on fear of being canceled.'