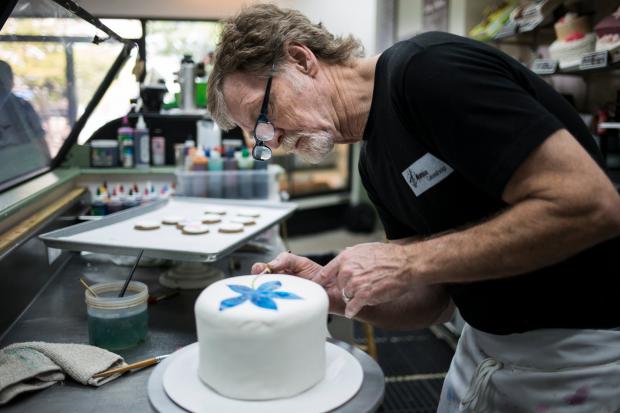 A Christian baker from Colorado has been fined after refusing to make a gender transition cake, as supporters claim he is being targeted by LGBT activists.

Jack Phillips violated the state's anti-discrimination law by refusing to make the birthday cake for lawyer Autumn Scardina, a transgender woman, the state judge ruled in the case.

Phillips famously won a partial victory at the U.S. Supreme Court in 2018 for refusing to make a wedding cake for a same-sex couple.

In Tuesday's ruling, Denver District Judge A. Bruce Jones said Scardina was denied a cake that was blue on the outside and pink on the inside to celebrate her gender transition on her birthday in violation of the law.

While Phillips said he could not make the cake because of its message, Jones said the case was about a refusal to sell a product, not compelled speech.

He pointed out that Phillips testified during a trial in March that he did not think someone could change their gender and he would not celebrate 'somebody who thinks that they can.'

'The anti-discrimination laws are intended to ensure that members of our society who have historically been treated unfairly, who have been deprived of even the every-day right to access businesses to buy products, are no longer treated as 'others,', Jones wrote.

1 Comments in Response to Christian baker is fined after refusing to make gender transition cake...

Stand on principle or explain that you baked them a cake but the cake transitioned into a loaf of rye bread?