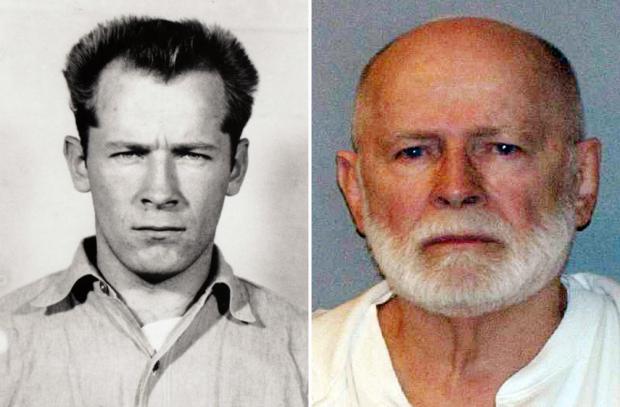 James Joseph "Whitey" Bulger is arguably the most notorious gangster to ever come out of Boston, and his life of crime became headline news when, in December 1994, he went on the run and landed himself on the FBI's Ten Most Wanted list. That tale, as well as his eventual capture in Santa Monica in June 2011 at the age of 81, inspired the Johnny Depp-headlined Black Mass as well as Martin Scorsese's Oscar-winning The Departed. Brendan J. Byrne's new Discovery+ documentary, however, is less about Whitey's reign of terror than it is about his sibling William Bulger, who, in a twist worthy of Hollywood, was for decades the most prominent—and arguably most powerful—politician in the state of Massachusetts.

My Name is Bulger (debuting June 17) is a story about brothers and the fragility and unreliability of reputations, and its focus is squarely on William, whose legacy has taken a significant hit thanks to Whitey. Featuring interviews with William, his wife Mary, his kids Jimmy, Dan, Bill, Kathleen and Mary, and his sister Jean, not to mention Whitey's long-time girlfriend Catherine Greig and gangland buddy Kevin Weeks, it's a forthright reclamation project aimed at restoring William's status by highlighting his unimpeachable ethics, accomplishments, and character. Former governors Michael Dukakis and Bill Weld speak glowingly on his behalf, as do journalists and authors such as Jason Bowns and Matt Connolly, and the intended effect is immediately apparent: to clear the name of a public servant who rose from nothing in South Boston to defend the downtrodden, the powerless, and those men and women who were part of his beloved Irish Catholic community.

Born to a one-armed father whose staunch work ethic inspired him at an early age, William was one of six children, and his outgoing personality and interest in politics soon led him to campaign for a seat in the Massachusetts House of Representatives, which he won in 1960. That began a 35-year run in the legislature, 18 of which were spent as the president of the Senate—a position that Dukakis claims he held with distinction and integrity, helping to root out corruption. There were plenty of bumps along the way, though, including the 1974 Southie fight against forced busing, which Shelley Murphy of The Boston Globe strives to depict as a reasonable endeavor, despite the fact that many of the citizens opposed to busing were abusive racists who didn't hide their hateful motivations. Frustratingly, My Name is Bulger skims past this seemingly key incident in Southie history, proving content to present the metro enclave as a warm, close-knit working-class haven where everyone had each other's backs.