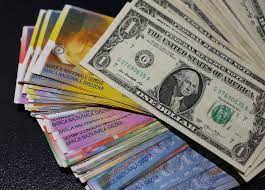 Talks in coming weeks between more than 100 governments before a Group of 20 meeting in July will build on the outlines of a deal earlier this month by Group of Seven finance ministers.

Despite their breakthroughs on a minimum global corporate tax rate and a shift in philosophy allowing one country to apply levies to profits of another's national champions, multiple technical details remain unresolved.

Agreeing which companies will be covered, and deciding how governments can still use tax incentives to encourage virtuous economic activity despite a minimum rate, are among several other challenges that have overshadowed years of talks hosted by the Organization for Economic Cooperation and Development.

Implementation of any accord may take years, requiring treaty amendments and domestic legislation, and concerns over whether it can stick could yet hamper a deal too.

"It's a month already that we've had little sleep," Pascal Saint-Amans, the official running the OECD talks, told French television on June 14. "The next two weeks will be very important."