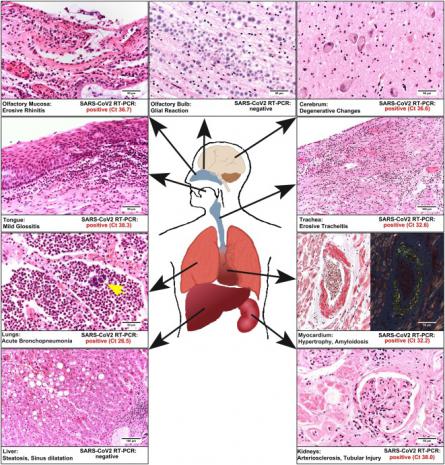 The mRNA contained in the vaccine was programmed to remain at the injection site, but it did not.  Therefore, it is assumed that the spike protein is also in those organs, apparently confirming the risks raised in a study conducted in Japan, the Hal Turner Radio Show alternative media outlet noted on June 13.

From the opinion of an infectious disease specialist at a hospital in New Jersey, who analyzed the autopsy report and preferred to remain anonymous for fear of reprisals for his statements, these results would imply a "global time bomb," possibly wiping out a large portion of vaccinated people.

"People think that only a minority of people get adverse effects from the vaccine. Based on this new research, it means that everyone— eventually—will have adverse effects, because those spike proteins will be binding to ACE2 receptors everywhere in the body," he explained.