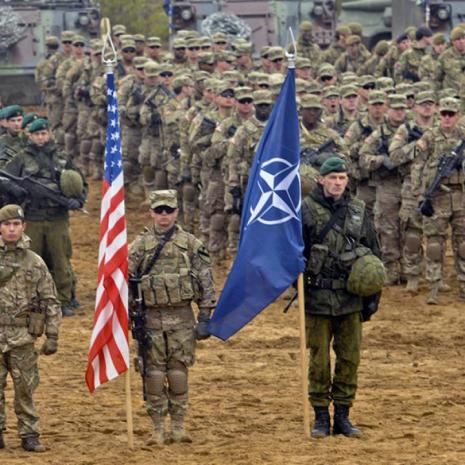 If America blitz-nuclear-attacks Russia, as the U.S. Government's "Nuclear Primacy" geostrategy ever since at least the year 2006 has envisioned to be the end-game in the Cold War (in order to 'win' that War, since a blitz-attacker has a vastly higher likelihood of winning a war, whereas a defender has no opportunity to plan in advance when and where to strike and no opportunity to obliterate the opponent's defenses at the very start of the conflict and thereby to prevent retaliation — only a blitz-attacker can have such opportunities), then what countries will Russia nuke in return (if any of its retaliatory forces do survive such a blitz by America)? All of America's allies would likely be nuked, in response, though mainly the U.S. itself would be. However, European countries are nearer to Russia than America is, and therefore will be taking the hits from the shorter-range Russian missiles — more "bang for the buck" there. All of the U.S., and all of Russia, could be totally destroyed, but America's allies also would be. By being America's ally, each other NATO-member-nation becomes a target for Russia to retaliate against in the event of an American blitz-attack against Russia. Although America's goal (since 2006) is a 100% successful blitz attack and 100% shielding of America from any possible Russian counter-attack, that's not yet possible (and probably it can't ever be): 'winning' a nuclear war between America and Russia would mean merely having the last person to die from the war.

This means that (in practical fact) the safest countries will be non-aligned ones - not allies of either side. In other words: NATO membership greatly increases a European country's risk. That's the actual fact.

However, by overwhelmingly high margins within each one of the NATO countries, the publics there believe exactly the opposite.