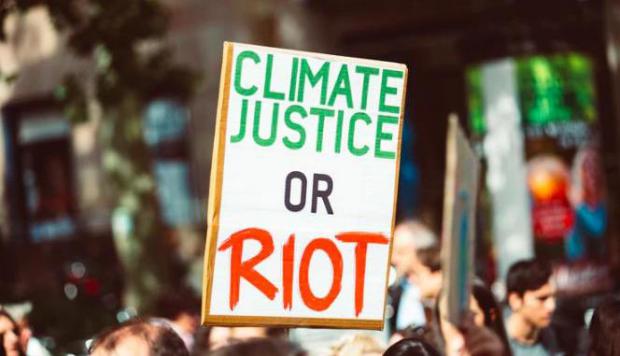 Instead it looks like they'll be rebranded as "climate lockdowns", and either enforced or simply held threateningly over the public's head.

At least, according to an article written by an employee of the WHO, and published by a mega-coporate think-tank.

The report's author and backers

The report, titled "Avoiding a climate lockdown", was written by Mariana Mazzucato, a professor of economics at University College London, and head of something called the Council on the Economics of Health for All, a division of the World Health Organization.

It was first published in October 2020 by Project Syndicate, a non-profit media organization that is (predictably) funded through grants from the Open society Foundation, the Bill & Melinda Gates Foundation, and many, many others.

After that, it was picked up and republished by the World Business Council for Sustainable Development (WBCSD), which describes itself as "a global, CEO-led organization of over 200 leading businesses working together to accelerate the transition to a sustainable world.".