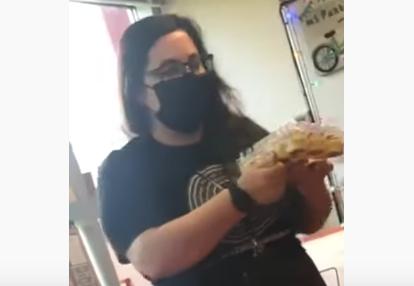 "Yes!" exclaimed the student. And she proceeded to take him one: "Alright, c'mere, get a straight-jerk cupcake, for being a pill."

At that point, the student remarked: "I'm just trying to be annoying."

"You are annoying," responded the teacher. "You are very successful, congratulations! … What a dip."

"What?" the student asked her. "A dip. Like a dipstick, a butthead, a weasel, a pain in my butt," answered the woman.

"I thought you said something else," said a girl who was apparently the one recording the woman who did not know she was being videoed. The teacher then proclaimed that "everyone is welcome to a unicorn cupcake."

It is unclear what took place and what was said prior to the recording. However, after the school's administration heard about the incident 24 hours later, they reviewed the video given to them by an outraged parent. That's when they began looking into exactly what transpired in the classroom and made a hotline call to the Missouri Children's Division. The school leaders stated that the teacher violated the professional standards of the institution.