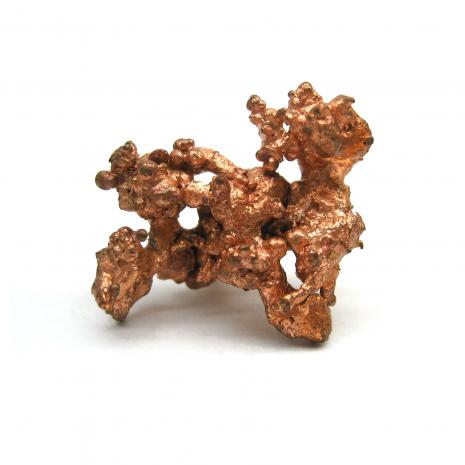 Copper prices plunged on Tuesday to their lowest levels in seven weeks over concerns about Federal Reserve's monetary tightening and a pull-back in Chinese demand.

From aluminum to copper to lead to nickel to tin to zinc, the entire base metal complex is down anywhere from 2-4%.

Focusing on copper, future prices on the London Metal Exchange are down 4% to their lowest levels in seven weeks. Three-month LME copper futures were trading around $6,563 per ton, down 11% in 25 trading sessions since topping at $10,747 in early May.

Copper prices soared to a record in early May ($10,747 per ton) as stimuli, low-interest rates, and an economic recovery fueled a rally in base metals, along with most commodities. "Prices have since stumbled on concerns the Fed will pull back support, while China is looking to tap state reserves to accelerate its campaign to rein in surging raw material costs," said Bloomberg.

"Market participants are worried that the U.S. Federal Reserve will signal this week that it intends to tighten its ultra-loose monetary policy," Daniel Briesemann, an analyst at Commerzbank AG, said in a note. "In addition, the high metals prices appear to be slowing demand in China."

China's state planner has also been curbing speculation in commodity markets as domestic producer inflation soars to a 12-year high.