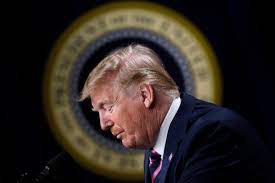 How will the military move, how will the Supreme Court rule, and eventually do the masses rise up and take to the streets...if it becomes clear that the presidential election of 2020 was compromised, was stolen, or at the very least had way too many abnormalities and illegalities and thus the wrong person is possibly sitting in the White House?  What happens if it becomes clear that President Trump was re-elected and the Progressives actually stole the election?  What happens if we find out that the election was manipulated?  What happens if?

We might find out these answers in the coming months.  Maybe.  What about the forensic audits of the popular votes in the contested key states?

Before the actual election in November, President Trump predicted cheating as you've never seen before.  President Trump said there would be voter fraud like never before in U.S. history.  Many people throughout the White House believed and were certain that something felonious was about to happen.  At 10:30 on Election Night, President Trump was up by good margins in the key states.  Then the key states shut down the election tabulations of votes "for the night."  (By the way, the stopping of counting votes for the night had never happened before in presidential history.)  And then when we woke up in the morning, after the tallying of votes was supposedly shut down "for the night," Joe Biden had pulled ahead, stayed ahead, and assumed the White House.  As of this writing, Biden has 306 Electoral College votes, and President Trump has 232 votes.  Two hundred seventy votes is the magic number to win the presidency.