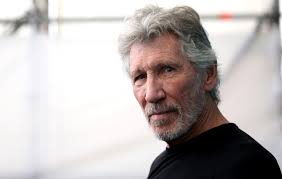 Pink Floyd song writer Roger Waters slammed Mark Zuckerberg during a press conference recently, announcing that the Facebook owner had offered a "huge, huge amount of money" to use the iconic song Another Brick In The Wall Part II in an advert for Instagram.

Speaking at an event to raise awareness about imprisoned WikiLeaks founder Julian Assange, Waters noted the deep deep irony of Facebook wanting to buy and use a song that rails against 'thought control' and mindless conformity.

Waters described the development as part of Zuckerberg's "insidious movement… to take over absolutely everything."

Waters read out Facebook's request, which noted "We want to thank you for considering this project. We feel that the core sentiment of this song is still so prevalent and so necessary today, which speaks to how timeless the work is."

"And yet, they want to use it to make Facebook and Instagram more powerful than it already is," Waters urged, adding "so that it can continue to censor all of us in this room and prevent this story about Julian Assange getting out into the general public so the general public can go, 'What? No. No More.'"