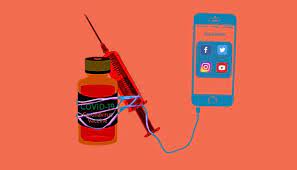 The extreme decision was made during a meeting of high-ranking civil and military officials chaired by Punjab Health Minister Yasmin Rashid.

Rashid said that the policy would disable SIM cards belonging to those who fail to get vaccinated "beyond a certain time."

"We are doing all we can to compel people to get vaccinated… The government cannot allow individuals, who do not want to get vaccinated, to risk lives of those who are already vaccinated," the health minister told Pakistan's Express Tribune. She said that the provincial government would devise a timeline for the policy's implementation once it received formal approval from the National Command and Operation Center, which coordinates Pakistan's national response to Covid-19.

Punjab's Primary and Secondary Health Department announced the measure on Thursday in a tweet detailing the outcome of the meeting.

"Mobile SIMS of people not getting vaccinated may be blocked," the department wrote.

Officials later signaled that the plan was moving forward.

CNN: Segregate Unvaccinated, Make Them Pay For Tests Every Day