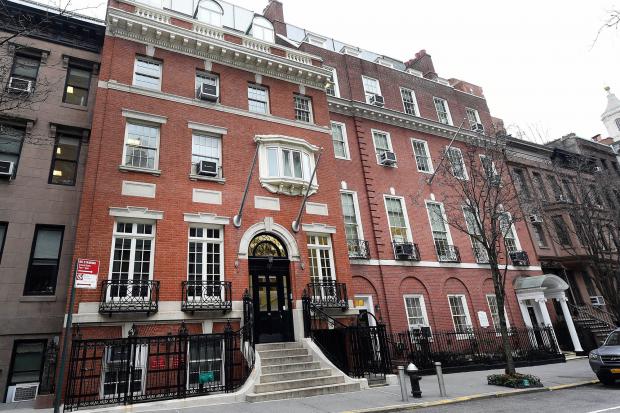 Headteachers at elite NYC private schools where parents are up in arms about critical race theory lessons are earning salaries in excess of $1 million a year.

Another three broke the $900,000 benchmark, putting them all in the nation's top one percent of earners.

Their hefty salaries come amid a growing number of controversies at several of the elite NYC prep schools where some parents and teachers have complained about the 'woke' ideology being taught to children. They have accused their schools of 'woke-weaning' the kids by indoctrinating them with critical race theory lessons from an early age.

The biggest earner was Thomas Kelly, who earned $1,272,141 as principal at Horace Mann in the Bronx.

Close behind was Paul Burke, the head of Nightingale-Bamford School on Manhattan's Upper East Side.

The Upper West Side's Trinity, which was among the schools targeted with mobile billboards this week reading 'diversity not indoctrination' and 'WOKE SCHOOL? SPEAK OUT' this week, pays its head $1,128,031.