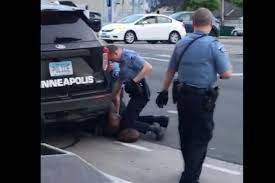 In his motion for a new trial, former Minneapolis police officer Derek Chauvin, through his attorney Eric Nelson, made an obvious point. Quoting case law, Nelson reminded the court of "the prosecutor's inherently unique role in the criminal justice system, which mandates that the prosecutor not act as a zealous advocate for criminal punishment, but as the representative of the people in an effort to seek justice."

If justice were the goal, prosecutors would have taken two critical steps to assure that the medical testimony supported the charge of murder. The first was to run a controlled experiment to see if Chauvin's actions could possibly have resulted in the death of George Floyd. The second was to make the court and the defense aware of the potential compromise of its star medical witness, Hennepin County Medical Examiner Dr. Andrew Baker.