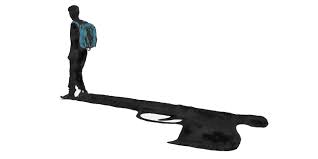 The judge called the ban unconstitutional (which it is). In response, the progressive media has lost their collective minds, screeching in horror at the idea of AR-15 rifles being legal within the borders of their carefully manicured socialist Utopia state. Their most commonly expressed reaction seems to be fear.

Fear is rarely a rational thing. When someone operates based on fear they tend to make terrible decisions and support oppressive causes and laws. Fear leads to an obsession with control. Fearful people also tend to look for large mobs of other terrified people so they can feel safe and secure and anonymous. They want to be able to act impulsively on their fears without having to face consequences for it later.

Leftists are driven primarily by two factors: Narcissism, and yes, fear. I've discussed their narcissism at great length in past articles; now I think we should delve into their fear.

The most common leftist retort to the question "Why are you so afraid of the AR-15?" will usually be a snort of indignant disbelief followed by the words:

"Because it's a military weapon designed to kill a lot of people quickly…idiot!"

But this is not an argument, it is an expression of irrational fear. Why are they, as individuals, afraid of the AR-15? What are the chances that they will EVER be faced with a person intent on killing them with an AR-15? And, why do they believe that disarming innocent law abiding Americans will somehow save them from their paranoia?