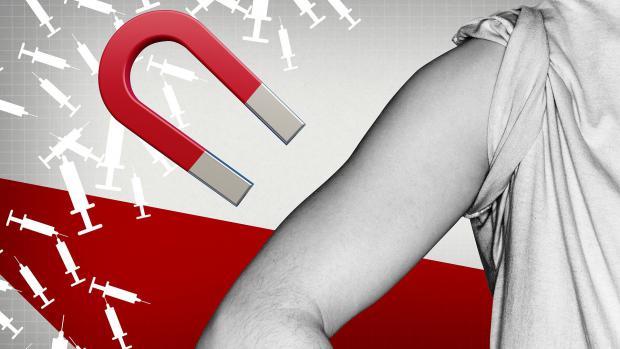 "But why is this happening?" a Sale el Sol show host asks after seeing a video of a woman sticking a phone up to her arm.

When a metal object fails to stick to his injection site, he asks vaccinated people around him to volunteer for the experiment.

The spoon fails to stick to a woman and two men, but the doctor is baffled when it actually sticks to a fourth volunteer.

Again it sticks to the man's vaccine injection site.

Dr. Pepe next tests out whether a cell phone would stick to the injection site, which it does.

"In truth, I don't know," Dr. Pepe says, failing to come up with an explanation for the phenomenon.

Add the video to the growing body of evidence showing this bizarre phenomenon is occurring in the vaccinated population.