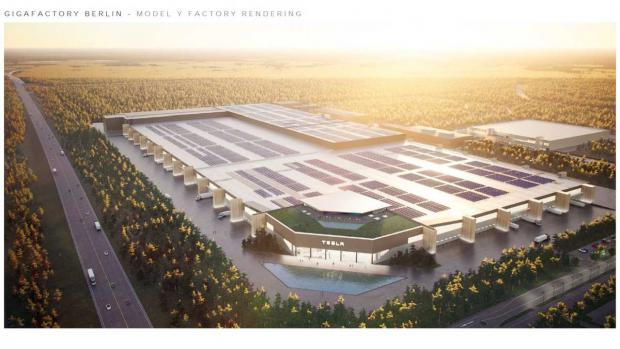 You read it right: Germany environmentalist groups Green League and NABU have now officially filed complaints against the company, looking to block provisional approvals necessary for the construction of Tesla's German Gigafactory.

The planned construction is supposed to be taking place in the district of Gruenheide, Bloomberg and Business Insider report. The write-up says that if the Brandenburg State Office for the Environment fails to act on the complaints, the associations plan on taking it one step further with an emergency petition.

As if the irony of Tesla's planned getting bulldozed by groups looking to preserve the environment wasn't rich enough, the action came after deficiencies were discovered in how Tesla may deal with environmental hazards at its forthcoming plant. "...A recent accident report warned Tesla wasn't sufficiently prepared with regard to the possibility of exploding gas clouds and the escape of irritant gas in the factory's paint shop," Bloomberg reported.

We noted back in early May that the factory could be delayed due to legal woes lodged by environmentalists. Since announcing plans for expansion in 2019, Tesla's proposed factory in Berlin has been "torpedoed by environmental regulations, unexploded WW2 bombs and labor laws," according to the The Daily Mail.

The "huge construction delays" and "government red tape" means that the facility may not wind up producing any vehicles until next year, the report notes. The facility had previously been scheduled to open on July 1 of this year.

Musk announced plans for the facility back in November 2019 around the same time Tesla's Shanghai factory was coming online. Musk reportedly chose Germany so he could avoid the Brexit-induced administrative hassle that would come with moving into the UK.