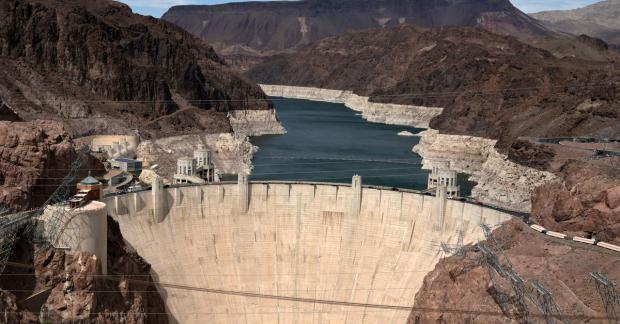 June 10 (Reuters) - The reservoir created by Hoover Dam, an engineering marvel that symbolized the American ascendance of the 20th Century, has sunk to its lowest level ever, underscoring the gravity of the extreme drought across the U.S. West.

Lake Mead, formed in the 1930s from the damming of the Colorado River at the Nevada-Arizona border about 30 miles (50 km) east of Las Vegas, is the largest reservoir in the United States. It is crucial to the water supply of 25 million people including in the cities of Los Angeles, San Diego, Phoenix, Tucson and Las Vegas.

The drought that has brought Lake Mead low has gripped California, the Pacific Northwest, the Great Basin spanning Nevada, Oregon and Utah, plus the southwestern states of Arizona and New Mexico and even part of the Northern Plains.