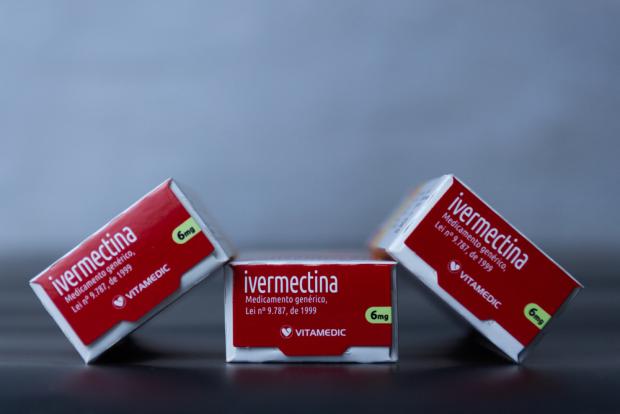 First the history of Ivermectin. I quote at length from an important review paper by Dr. Pierre Kory (and others notably Dr. Paul Marik) of Front Line doctors. The Front Line Covid-19 Critical Care Alliance is the source of the best medical protocols for treating Covid-19. I have left the reference links in the passage.

In 1975, Professor Satoshi Omura at the Kitsato institute in Japan isolated an unusual Streptomyces bacterium from the soil near a golf course along the southeast coast of Honshu, Japan. Omura, along with William Campbell, found that the bacterial culture could cure mice infected with the roundworm Heligmosomoides polygyrus. Campbell isolated the active compounds from the bacterial culture, naming them "avermectins" and the bacterium S. avermitilis for the compounds' ability to clear mice of worms.7 Despite decades of searching around the world, the Japanese microorganism remains the only source of avermectin ever found. Ivermectin, a derivative of avermectin, then proved revolutionary. Originally introduced as a veterinary drug, it soon made historic impacts in human health, improving the nutrition, general health, and well-being of billions of people worldwide ever since it was first used to treat onchocerciasis (river blindness) in humans in 1988. It proved ideal in many ways, given that it was highly effective, broad-spectrum, safe, well tolerated, and could be easily administered.7 Although it was used to treat a variety of internal nematode infections, it was most known as the essential mainstay of 2 global disease elimination campaigns that has nearly eliminated the world of two of its most disfiguring and devastating diseases. The unprecedented partnership between Merck & Co. Inc, and the Kitasato Institute combined with the aid of international health care organizations has been recognized by many experts as one of the greatest medical accomplishments of the 20th century.