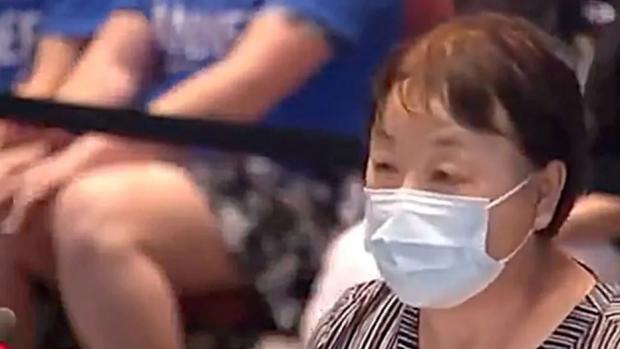 A Virginia county's fierce debate over teaching children controversial critical race theory escalated this week at a school board meeting where a mother who survived the purge in Maoist China condemned what she called an effort to turn classrooms into 'indoctrination camps'.

Xi Van Fleet, who fled China at the age of 26 before settling in the United States, told members of the Loudoun County School Board that she is 'very alarmed' by the teaching of CRT, which she says 'trains children to be social justice warriors and to loathe their country and their history.'

'This is indeed the American version of the Chinese Cultural Revolution,' Van Fleet declared, referring to the Mao Zedong-led purge that left between 500,000 and 20 million people dead from 1966 to 1976. She was six years old when the revolution started.

'Critical Race Theory has its roots in cultural Marxism. It should have no place in our school.'

'The Communist regime used the same critical theory to divide people. The only difference is they used class instead of race,' she stated, adding that CRT was 'neo-racist'.

'We were taught to denounce our heritage, and Red Guards destroyed anything that is not communist…statues, books and anything else. We were also encouraged to report on each other, just like the Student Equity Ambassador program and the bias reporting system,' Van Fleet added, referring to new initiatives set up in Loudoun County public schools.