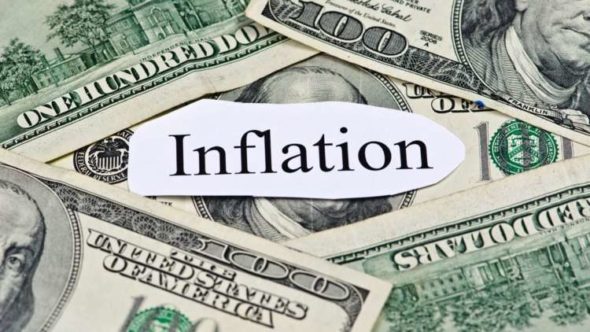 Deutsche Bank has issued a stark warning on inflation, after consumer prices in the U.S. rose at a faster rate in May than any time since the Great Recession.

In its report Thursday, the government said that overall consumer prices rose 0.6 percent in May, bringing the annual inflation rate to 5 percent, the highest level since August 2008.

Core inflation, which excludes volatile energy and food costs, rose 0.7 percent in May after an even bigger jump in April, and is up 3.8 over the past 12 months, the quickest rate since 1992.

In a report on this week, Deutsche Bank wrote: 'Rising prices will touch everyone. The effects could be devastating, particularly for the most vulnerable in society.'

'Few still remember how our societies and economies were threatened by high inflation 50 years ago. The most basic laws of economics, the ones that have stood the test of time over a millennium, have not been suspended,' the report warned.

The report expressed concerns that huge deficit spending by Congress as well as the Federal Reserve's loose monetary policy could supercharge inflation rates.

'The current fiscal stimulus is more comparable with that seen around WWII' when deficits ran 15 to 30 percent of GDP for four years, the report said. 'While there are many significant differences between the pandemic and WWII we would note that annual inflation was 8.4%, 14.6% and 7.7% in 1946, 1947 and 1948 after the economy normalized and pent-up demand was released.'

'Monetary stimulus has been equally breath-taking,' the report added of the Federal Reserve, which has flooded the economy with money through bond purchases.