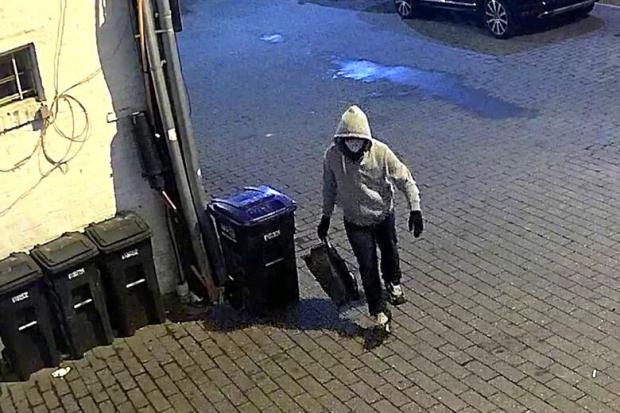 There are, however, some curious omissions in the FBI's description. By now, we assume the FBI (if it has done a thorough investigation) has the suspect's height, approximate weight, and shoe size.

Why not disclose that information to the public?

Calculating height from video footage is a simple matter of geometry. I won't get into the details of the calculations. But in general, this graphic from the FBI's Best Practices for Forensic Image Analysis shows the analysis done to determine the height of a bank robbery suspect.

In the DC pipe bomb case, the suspect was seen on video standing on a DC street on South Capitol Street on the night of January 5. From this camera angle, the suspect's height is roughly even with the height of a nearby handrail. Not a complicated problem for the FBI's experts to solve.

Once the suspect's height is measured against the fixed object, it could be compared against and confirmed by use of the measurements from the resident seen on video walking his dog. (We assume that the FBI has located and interviewed this resident.)

By now the FBI also likely has a shoe size. Again, based on video footage this would be a simple measurement. Photograph for reference.