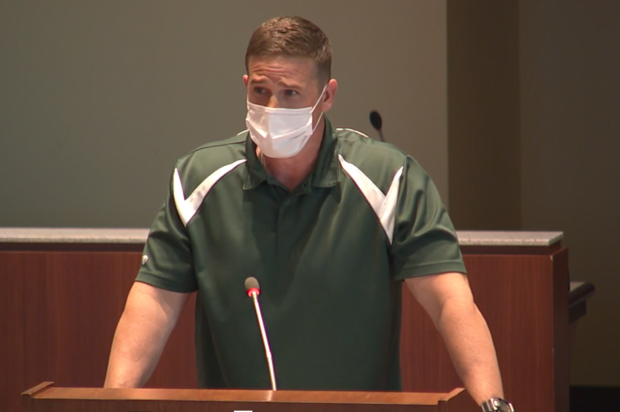 We recently discussed the case of Loudoun County teacher Byron "Tanner" Cross who was suspended for speaking against gender policies. In a major victory for the free speech rights of teachers, Twelfth Circuit Judge James E. Plowman ordered LCPS to restore Cross' position as a physical education teacher at Leesburg Elementary School. In a letter, the court found a basis for a temporary injunction to allow Cross to return until Dec. 31 pending further orders of the court.

Cross ran into trouble when he appeared at a meeting of the school board.

He began by stating "My name is Tanner Cross and I am speaking out of love for those who are suffering from gender dysphoria."

He goes on to reference that he is a teacher but would not follow the policies:

"It's not my intention to hurt anyone, but there are certain truths that we must face when ready. We condemn school policies [that] would damage children, defile the holy image of God. I love all of my students but I will never lie to them regardless of the consequences. I'm a teacher but I serve God first and I will not affirm that a biological boy can be a girl and vice versa because it's against my religion. It's lying to a child, it's abuse to a child, and it's sinning against our God."