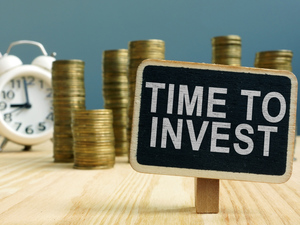 By not buying  tangible and real items they help to minimize inflation. In our bullshit world where media outlets like Bloomberg tout the message if you are not in this rising market, you are missing out, it is understandable that people want in. With this in mind, it is no wonder the investment world has become a minefield that is often compared to a casino.

An intangible asset is a useful resource that lacks physical substance. Examples are patents, copyrights, trademarks, and goodwill. Such assets produce economic benefits but you can't touch them and their value can be very difficult to determine. These intangible assets are often in sharp contrast to physical assets like machinery, vehicles, and buildings.

This Does Not Tell The Whole Story

The term tangible assets, in this case, could be used to describe shorter-term assets, such as inventory since these items are intended for sale or conversion to cash. Most tangible assets can be easily converted to cash, this is why most people include as "tangible" the amount of money in a bank account. Even though money held by a bank is a paper promise, it falls into a "grey area" in that it holds the characteristic of being rapidly converted to something real like property such as cars, houses, or boats. Some of these accounts can also be used as collateral in case you want a loan.

Another example of quasi-intangibles is stock, when you buy stock what do you really have? You no longer get a certificate as in days of old, this should send the fear of God into those that worry about hackers. What you get is a glorified memo in a computer base somewhere, good luck proving what you have if things go bad. Most likely even getting a government official to listen will be a huge task. If you do get action most likely it would be years before you get any of your money back.