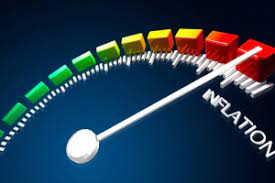 Is Inflation 'Gonna Get High?'

US 10-year Treasury yields dipped around 3bp yesterday and, far less relevantly for 99% of us, Bitcoin tumbled nearly that in percentage terms, and gold also dipped – this despite oil spiking, and that despite the US dollar rising.

The trend was related to the headline that talks between President Biden and Republicans over his proposed infrastructure spending bill have collapsed. Recall that on matters of spending in the US, "The President proposes, and Congress disposes". And that with the Senate 50-50, and Democratic senators Manchin and Sinema opposed to using Budget Reconciliation to ram stimulus through, and to the removal of the Senate filibuster to allow stimulus to proceed on a straight up-down vote, there is no way that this spending can happen - unless something changes. (And if so, what?)