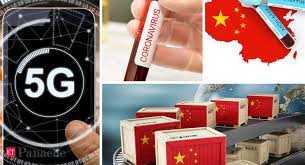 Therefore, it has never been proven to exist. In addition, it is impossible to determine the genome sequence without an isolated virus. Author and researcher Jon Rappoport presents evidence that the SARS-CoV-2 virus genome has been cobbled together by a computer program.

The US government has reportedly funded gain-of-function research at the Wuhan lab, tweaking it to produce a dangerous entity, but that narrative falls apart because of the death toll used inflated and fraudulent numbers. If the pandemic was real, the numbers would not have had to have been pumped up. Rappoport makes the case that other causes of death, such as new poisonous vaccines, toxic pesticides, lagoons of feces in giant pig factory-farms, opioid drugs, and electromagnetic technologies were collected under one umbrella and mis-categorized as COVID-19.

What I'm about to lay out might seem "too staggering to believe."

Fortunately, what people do or don't believe isn't the issue.

And with that, here we go. Buckle up.