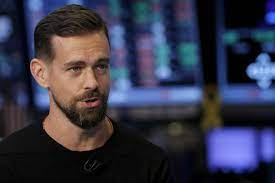 Jack Dorsey triples down on Bitcoin

Bitcoin has been good for Square. The company is worth nearly six times what it was in late 2017, when the company announced it would let Cash App users buy and send the cryptocurrency, triggering a run-up in the company's shares.

With the crypto craze going mainstream and Cash App positioned as one of the easiest ways in, Square is cashing in. Bitcoin-related revenue jumped more than tenfold in the first quarter of this year, and now accounts for almost 70% of all of Square's revenue.

No wonder Jack Dorsey feels emboldened to widen the company's bets on crypto. At the Bitcoin Conference in Miami on Friday, Dorsey spoke at length about the company's plans and his personal passion for Bitcoin.

Square has also started an industry group to defend crypto patents against trolls.

Does Square need to do this? There's an argument that bitcoin is a distraction from the company's core payments business.