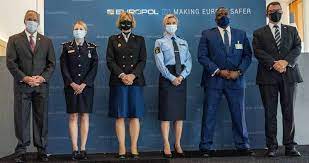 Cops in 16 countries were able to read the messages of underworld figures as they plotted drug deals, arms transfers and gangland hits on the compromised ANOM devices.

The sting, jointly conceived by Australia and the US Federal Bureau of Investigation, prevented around 100 murders, foiled several large-scale narcotics shipments and led to seizures of weapons and cash, they added.

"The results are staggering," FBI Assistant Director Calvin Shivers told reporters at the headquarters of the EU's police agency Europol in The Netherlands.

Shivers said the FBI had provided criminal syndicates in over 100 countries with the devices over the past 18 months "that allowed us to monitor their communications".