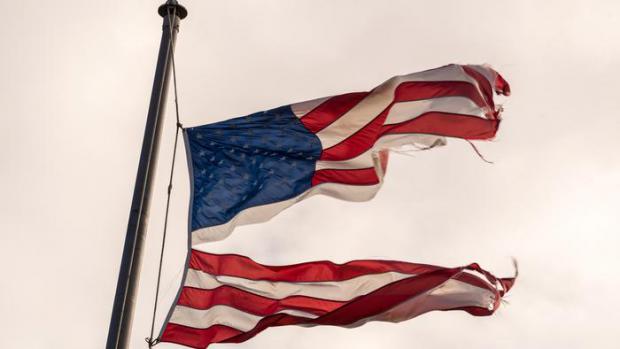 Historian Henry Adams observed a century ago that politics "has always been the systematic organization of hatreds." And few things spur hatred more effectively than tarring all political opponents as traitors.

The Founding Fathers carved the Constitution in light of the horrific political abuses that had proliferated in England in prior centuries. That was why there was a narrow definition of treason in the Constitution: "Treason against the United States, shall consist only in levying War against them, or in adhering to their Enemies, giving them Aid and Comfort. No Person shall be convicted of Treason unless on the Testimony of two Witnesses to the same overt Act, or on Confession in open Court."

After the end of Reconstruction, treason charges became relatively rare in American politics. Wars were probably the biggest propellants, with anyone who opposed American intervention abroad being tagged with the scarlet T. But by the late 1960s, when the futility of the Vietnam War was becoming clear, treason charges had largely lost their political clout. Gen. Alexander Haig, who later became Richard Nixon's last White House chief of staff, denounced the Pentagon Papers as "devastating … a security breach of the greatest magnitude of anything I've ever seen … it's treasonable" But the Nixon administration's protests failed to sway the Supreme Court to block the New York Times from publishing the secret official records of decades of U.S. government deceit on Indochina.

Unfortunately, the political exploitation of the 9/11 attacks included reviving treason accusations against anyone who did not cheer George W. Bush's promise to "rid the world of evil." On December 6, 2001, Attorney General John Ashcroft informed the Senate Judiciary Committee, "To those who scare peace-loving people with phantoms of lost liberty, my message is this: your tactics only aid terrorists, for they erode our national unity and … give ammunition to America's enemies." At that point, Bush had already suspended habeas corpus and his underlings were busy sabotaging laws limiting federal surveillance of American citizens. But regardless of how many civil liberties were actually destroyed, critics were traitors.