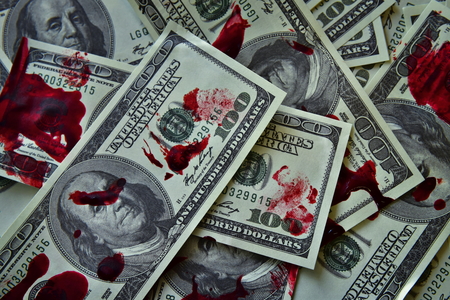 Sen. Lindsey Graham (R-SC) confirmed that Israel will make the request a day after he met with Israeli Prime Minister Benjamin Netanyahu in Jerusalem. "There is going to be a request made by the Israelis to the Pentagon on Thursday for $1 billion in aid to replenish Iron Dome batteries," Graham told Fox and Friends on Tuesday.

The Iron Dome is one of Israel's US-funded missile defense systems. After Israel and Hamas agreed to an Egyptian-brokered ceasefire, President Biden promised that he would "replenish" the Iron Dome, a sign that getting the $1 billion out of Washington will not be very hard for the Israelis.

The fact that the Iron Dome needs replenishing could be the reason why Netanyahu agreed to the ceasefire with Hamas after 11 days. Israel rejected an earlier ceasefire proposal from Hamas that was offered only two days after the bombing started in Gaza. The initial truce offer received very little coverage in Western media.

Throughout the 11-day slaughter, the US refused to condemn the Israeli killing of Palestinian children and gave the Israelis political cover by blocking UN Security Council statements calling for a ceasefire. In a pathetic attempt to pretend that the Biden administration cares about the suffering Israel is causing, Secretary of State Antony Blinken announced additional aid for the Palestinians after the truce was reached. The assistance includes about $5.5 million to rebuild Gaza, a pittance compared to what the US is poised to give Israel.