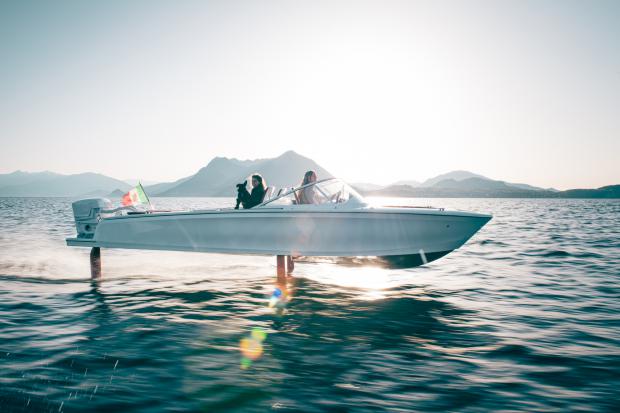 This company has built a clever, low-drag hydrofoiling boat that barely touches the water, giving it a super-smooth, efficient ride and three times the range of other electric boats. The C-7 is already in production, having passed Swiss certification tests the company describes as the world's toughest. With its automatically actuating hydrofoils and electric propulsion system, it's a unique and seriously practical configuration that's much more than an eye-popping novelty.

Hydrofoils, of course, are primarily designed for efficiency. As they rise up out of the water, they reduce hydrodynamic drag to a fraction of what the hull normally causes. That's handy on a gasoline-powered boat, but an absolute game-changer for an electric; gasoline carries so much more energy per kilogram than lithium batteries, and boats use so much more energy than cars to drag themselves through the water, that electric boats have been seriously range-restricted as a result.

Efficiency is not the only benefit here; the C-7 is virtually silent in operation, and even at speed it leaves a tiny 5-cm (2-in) wake compared to a regular boat; both of these factors will be appreciated by wildlife and other water users alike.

JIM STONE: LONG HAUL TRUCKERS will not comply with the MANDATE...