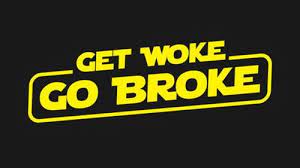 The Financial Stability Oversight Council was created through the Dodd-Frank financial regulatory reform act and is supposed to identify and monitor excessive risk to the financial system. The council is composed of the heads of the major federal financial regulatory agencies, including the Federal Reserve.

Federal Reserve Chair Jerome Powell is no doubt pleased with Biden's order. Powell has been pushing for the Fed to join other central banks in fighting climate change.

Among the ways the Fed could try to mitigate the risks related to climate change is by using its regulatory authority to "encourage" banks to lend to "green" businesses and deny capital to "polluters."

The Fed could also use "quantitative easing" to give green industries an advantage over their non-green competitors.

Another way the Fed could "fight climate change" is by committing to monetizing all federal debt created by legislation implementing the Green New Deal.

Climate change is not the only area where the Fed is embracing the agenda of the "woke." Some Federal Reserve Banks have taken the lead in a series of events called "Racism and the Economy" that are concerned with dismantling "systemic racism." The Fed's commitment to ending systemic racism could lead the central bank to requiring that banks and other financial institutions further relax their lending standards for minorities. The role the Community Reinvestment Act played in the 2008 housing meltdown shows that when government forces financial institutions to give loans to otherwise unqualified applicants, the recipients of those loans often are unable to make their payments, lending to foreclosures and bankruptcies.