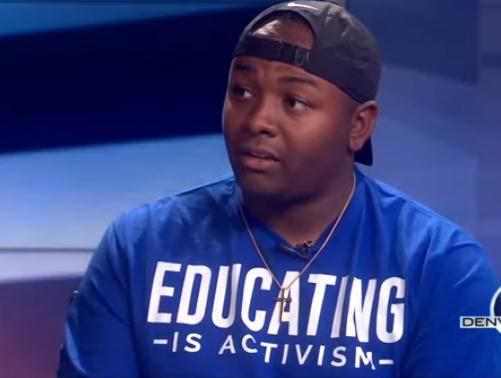 The alleged predator, Tay Anderson, denied the accusations over the weekend, while announcing that he will step back from everyday board duties during the investigation.

The allegations came out during legislative testimony last week, when a parent claimed that a person employed by the district was sexually assaulting and targeting undocumented teens, CBSDenver reported.

Mary Brooks Fleming, a mother of three students within the Denver Public School district, testified before the state House Judiciary Committee that some of the children were "violently raped" by the employee and, in some case, forced to sign a non-disclosure agreement. Brooks Fleming appeared before the committee to testify in support of legislation that would make it easier for victims to sue institutions who employ child sexual abusers. The mother is a volunteer at a local nonprofit organization that aids sexual assault victims.

"Individuals were coming to my home asking for medical attention. One was as young as 14 and needed stitches. All in all, 61 high school students and one recent graduates would turn to me for help," Fleming said, shaking and holding back tears. "Sixty-two victims as young as 14! Sixty-one were undocumented or dreamers. All were so afraid of this one man!" she added.