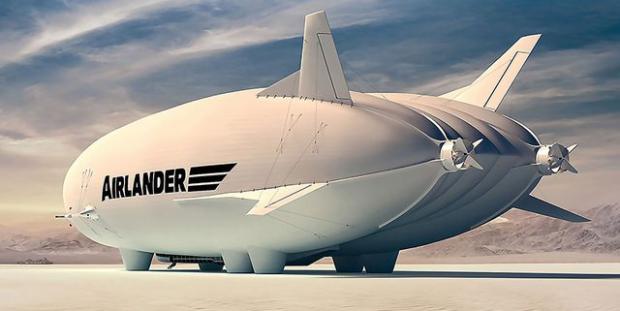 "Royalty and dignitaries, brandy and cigars. Grey Lady-giant of the skies you hold them in your arms… " — Bruce Dickinson.

It's not every day GNN starts a story with a quote from an Iron Maiden song, but this line perfectly describes a development that could revolutionize short-distance flight by heralding the return of helium-filled dirigible airships to Europe's skies.

Hybrid Air Vehicles (HAV) are within 4 years of their first-planned commercial flight of the Airlander10—a hybrid-electric airship that produces 75% fewer emissions per mile traveled than a passenger jet.

Designed for short hops on oft-taken business trips—like Oslo to Stockholm or Liverpool to Belfast—it offers the Greta Thunbergs of the world a chance to return to the convenience of the air travel.

Rigid airships never became the dream that so many scientists, inventors, and fiction writers imagined they would be at the turn of the 20th century. The parallel development of fixed-wing aircraft, and eventually jet-powered flight, paired with the immolation of the Hindenburg, meant that beyond the Goodyear Blimp over football stadiums, the dream of the dirigible never became a reality.

But the Airlander10 offers so much of what a passenger jet flight cannot, meaning those dreams have a real chance of becoming reality. With unpressurized cabins made possible by lower flying altitudes, the trip is silent, and with floor-to-ceiling windows all passengers, whether window or aisle, have unimpeded views of the world below and beyond.